Most people experience a hangover after a drinking session. Hangover symptoms like nausea, headache, fatigue, and irritability can make it hard to go about your day. It is, therefore, no surprise that hangover cures like Zeolite Powder mouthwash are all the rage and getting more popular by the day.

Standard mouthwash is an excellent solution for the morning breath that follows a night of drinking. Mint-flavored samples can even alleviate feelings of nausea. However, did you know that the Zeolite Powder mouthwash is used as a hangover cure?

Here’s everything you should know about this remedy.

How Does the Zeolite Powder Mouthwash Work? 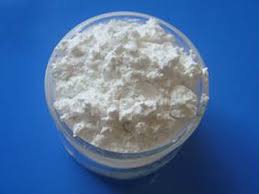 Zeolite is a natural volcanic mineral. The supplement is known for its detoxifying properties and has several commercial and domestic uses. As a hangover remedy, Zeolite works by eliminating alcoholic toxins from your system. It binds alcohol and neutralizes the acidic PH in the stomach, reducing alcoholic vapors.

According to the manufacturers, it also lowers intoxication by preventing alcohol from entering the bloodstream. The result has improved hangover symptoms.

How Do You Use the Mouthwash?

Zeolite hangover relief is packaged as a powder. However, it is best ingested by mixing the powder with water to create a mouthwash. To use the remedy: The manufacturers of Zeolite powder also recommend you take a glass of mouthwash a few hours before you start drinking. Is the Zeolite Hangover Cure Effective?

Zeolite powder has strong detoxifying properties. This could lend credibility to the claim that it binds and eliminates alcohol toxins from the body. However, there is no proof that it prevents alcohol from getting into the bloodstream.

The mouthwash is also dehydrating and needs to be taken with plenty of water in between doses. This can be a cumbersome task, especially during a hangover.

The Zeolite Powder mouthwash acts on hangovers by promoting detoxification. It is also a favorite among enthusiasts for its few to none side effects. However, Zeolite also has dehydrating properties. This can be counterproductive as most hangover symptoms are caused by dehydration.

Is a hangover keeping you down? If you need a fast and effective hangover remedy but feel the Zeolite mouthwash is not for you, contact the Hangover Hospital KW. We offer a 45-minute IV hangover relief that will alleviate your symptoms in no time.

Call us today or reach us online to schedule your appointment.